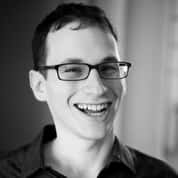 6.6k votes 3.3k voters 19 items
While a controversial practice, animal experimentation and animal testing has had a wide-ranging impact on our understanding of physiology, medicine, genetics, and disease. It's also inspired a number of experiments that one could conservatively call "unethical" and easily describe as "just plain crazy." Though today there are alternatives to animal testing, there have been lots of crazy animal testing experiments in history, but what are the most nutso?
Everything from pumping animals full of LSD to grafting additional heads onto dogs in an effort to prove how great Soviet science was, if you can imagine some scientist somewhere doing something to an animal, someone has probably done it. As far as animal testing facts, here is one: did you know that once rabbits were used as a pregnancy test? Or that spiders on speed build real crappy webs?
These are some of the strangest animal testing stories out there. Some are funny, some are disturbing, and many are both. No matter how you feel about the ethics of animal testing, you can at least rest easy knowing that male turkeys are just as attracted to a female turkey head on a stick as they are to a complete female turkey, apparently.
Upvote the weirdest and most absurd cases of animal testing throughout history below and hope that now that we know rats high on blow prefer jazz over classical, those little guys can go back to their daily routines.

In 1995, a group of NASA scientists studied the effects of various intoxicants on the web-weaving abilities of spiders. Ostensibly, they sought to determine the relative toxicity levels of the drugs by examining the webs they created while baked or drunk.
What followed was confirmation of what we pretty much already knew about different drugs - the pot spider's web looks pretty good, until it stopped weaving, the spider on speed wove quickly and poorly, the acid-tripping spider wove a beautiful, symmetrical web that was utterly useless, and most surprisingly, the spider given caffeine made a total mess of their web, fairing the worst of any of the spiders.

Dr. Dorothy Spangenberg was studying the potential effects of zero-gravity on human fetuses. Since actually doing so would be about the most immoral thing possible, she and her team packed 2,478 baby jellyfish onto the Space Shuttle Columbia and waited to see what would happen. Initially, the jellyfish adapted well to the environment, and bred themselves up to a space population of 60,000.
Sadly, back on earth, the new jellyfish were found to have greater "pulsing abnormalities" than usual - also known as "vertigo." The experiment showed that humans born in space might have problems once on the ground – a phenomenon that anyone who's spent time on a cruise ship then struggled to get their sea legs back after returning to land can confirm.

3 Transparent Frogs Show off Their Insides

To help further their insight on organ growth and tumor development, Japanese cancer researchers at Hiroshima University bred transparent frogs, whose internal organs can be seen through their skins. This startling breed was actually an accident, as the scientists meant to create green glowing frogs by attaching fluorescent protein to a stretch of their DNA. But when the fluorescent frogs mated, one out of every 16 turned out clear.
The scientists intended to patent the process – if only they could figure out what actually happened.

Not to be outdone by Soviet double-headed dogs, American researcher Robert White performed the world's first successful monkey-head transplant on March 14, 1970. In a carefully choreographed operation, White removed a monkey's head from its body and put it on a beheaded monkey body. Astonishingly, the monkey woke up and tried to bite one of the surgeons, and survived a day and a half before dying.
While the public was appalled by the experiment, White continued to press on, hoping for a day when human heads can be taken off dying bodies and put onto healthy ones.