Siouxsie And The Banshees - Spellbound

Justin Caffier
Beachgoers in the sleepy surf town of Santa Cruz, California will soon enjoy a pristine shoreline, courtesy of a religious group some of its more conservative residents might instinctively recoil at: Satanists. Granted caretaker rights of the Seabright State Beach by the coastal cleanup nonprofit Save Our Shores, the Satanic Temple of Santa Cruz started a year-long litter removal project at the beach in early June.
Far from the largely fictitious murderous boogeymen of the Reagan-era "Satanic Panic" or the mystical Anton LaVey-helmed "Church of Satan," the worshipers of the Satanic Temple are nontheistic social activists who don't even believe in the devil. Co-founded in 2012 by Lucien Greaves, these modern Satanists have embraced a brand of benevolent social activism stunts and general do-goodery. TST typically uses the protected status of its religion to advocate for the constitutionally enshrined separation of church and state, pointing out state, local and federal issues that encroach upon this right in the process. Naturally, some elements of American Christian Right are none too pleased with these legal trolling antics as the church both stymies their insistence that the U.S. is a fundamentally Christian nation and softens the image of Satanists in the eyes of the general public.
This latest grassroots project, though not a legal mousetrap in the vein of the Temple's national efforts, should nonetheless continue to paint the religion's followers in a positive light.

During a walk through the beach she would soon be in charge of cleaning, Santa Cruz Satanic Temple chapter head, Sadie Satanas, explained how inspiration for the conservation project quite literally struck her.
"My spouse and I jog a couple times a week to the lighthouse and back, and we noticed how dirty it got," Satanas told PRØHBTD. "One day we even stepped on a syringe that was buried in the sand, and we were like, 'Kids play here, birds roost here, sea lions come up some time, and none of them needs to get stuck with a needle.'"
Her spouse then suggested organizing a beach cleanup as both a solution to the problem as well as a way to put their newly founded temple chapter to use for the public good. Satanas began the application process that week.
Save Our Shores was quick to respond—within the hour, according to Satanas—and excited to get the temple approved through orientation and ready-to-start cleaning.
"Save Our Shores is an inclusive organization, and we have an anti-discrimination policy," Executive Director Katherine Eckhart told the Santa Cruz news outlet Good Times. "We met the group and are delighted to have another organization that wants to steward our shores."
While Save Our Shores requires the temple to perform three cleanups over the course of their adoption period, Satanas says she's signed the group up for six. Each cleanup should take the crew about two or three hours.
Satanas says their chapter, having relocated from San Jose only three months prior, currently includes about 15 members, but they're "not in a hurry" to grow those numbers.
"We're not being elitist," Satanas assures, "we just like to vet everyone and get to know them for a couple months by having them show up to meetings, fill out a membership application, and have two sponsors."

These efforts are all in service of warding off those who Satanas describes as "kooks, edgelords or theistic Satanists." Basically, if you're looking to sacrifice animals or sell your soul to Lucifer, this community won't be a fit for you.
Satanas also noted that she appreciates the offers of non-Temple members who want to chip in and help her pick up trash, and she says it's great that they've inspired them to get involved, but she would prefer if these people adopt one of the many other local beaches and do their own conservation work.
"We're doing this for altruistic reasons," says Satanas, "but we're also trying to demonstrate that Satanists can do this and still be good people, and if non-Satanists get involved, that might dilute the impact of what we're doing."
Despite a few online commenters crying fire and brimstone, Santa Cruz residents seem to be overwhelmingly thrilled with the news and are commending TST beach adopters for their community involvement.
"I think they're so great for doing this," says local resident Esther Pak. "I'm already a fan of the Satanic Temple from what I've seen of their past work in the news, but I don't care what religion anyone is if they're doing something as benevolent as this."
As for those few detractors, Satanas doesn't seem too bothered, noting that "any person who would disavow us for cleaning a beach based on their moral principles really needs to reevaluate their moral principles."


Ancient Aliens May Have Found Actual Proof Of Extraterrestrial Life 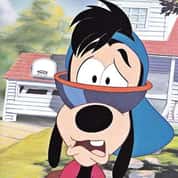 1M views 16 items
Over the years, the History Channel show Ancient Aliens has become the butt of a lot of jokes. Poor Giorgio A. Tsoukalos has been turned into a meme that just won't go away. But early on in the existence of the show, Ancient Aliens actually made some pretty good points and re-sparked an interest in asking the eternal question: could extraterrestrial life actually exist?
In 2002, the Mars Odyssey Spacecraft discovered reservoirs of ice hidden beneath Mars' surface, suggesting that life just might be able to be sustained on another planet. Then in 2008, the Vatican even acknowledged that life on other planets is possible, and declared that it does not negate the existence of God.
And long before either of those realizations occurred, Chariots of the Gods was published by Swiss author Erich von Däniken in 1968, in an attempt to prove that aliens had visited Earth thousands of years ago. Von Däniken was driven by the fact that every major religion revolves around the story of a heavenly figure visiting Earth, and used this as the basis for his famous Ancient Alien Theory. One year after it was published, Neil Armstrong walked on the moon and re-sparked America's interest in outer space and aliens, but von Däniken's theory that ancient Gods were actually alien visitors is still highly contested.
Ancient Aliens has made some pretty reasonable claims, and presented a lot of facts about unexplained phenomena. And while the accuracy of their scientific claims involving aliens may come into question from time to time, they certainly present some plausible explanations for otherwise unexplainable events. So, was Ancient Aliens right? Who knows - but here's a list of every time their ideas made some sense. The truth is out there, but you'll have to decide if they've found it.

What They Said: Ancient artifacts discovered all around the globe depict ancient alien astronaut technology.
Why It Makes Sense: Guatemala City is home to a 1,500-year-old sculpture that resembles a modern day astronaut, complete with a helmet, a mouthpiece, and a breathing apparatus on his chest. Meanwhile in Columbia, thousands of tomb artifacts were recovered that all resemble modern-day airplanes, complete with fixed wings, an up-right tail-fin, and a fuselage. Finally, in the Istanbul Museum, there's a sculpture of a headless astronaut in a space suit sitting inside of a rocket ship covered in tubes. Where did these cultures get such advanced ideas about aerodynamics? Ancient Alien theorists believe that these are all examples of cultures documenting visits from extraterrestrials.

Many Religions Have Stories Of Flying Machines Descending From The Heavens

What They Said: Christianity isn't the only religion that depicts extraterrestrial visitation. As a matter of fact, almost every major religion in the world has a similar story.
Why It Makes Sense: The story is the same, but the names are always different: a deity descends from the heavens, communicates with the culture, and disappears with a promise to return in the distant future. For instance, in ancient Indian Sanskrit writings dating back over 5,000 years, there are several instances describing Vimānas, or mythical flying machines, that are over 100 feet wide and move much like modern aircrafts. The Bhagavata Purana states that King Rama piloted a metal spacecraft that moved like a butterfly and appeared to be in two places at once, and that could project a beam of light that consumed anything it touched. Ancient Alien theorists believe this to be a clear description of an extraterrestrial spacecraft.

The Geo-Glyphs of Nazca Were Created To Attract Extraterrestrials

What They Said: The Nazca Lines were created to attract extraterrestrials.
Why It Makes Sense: The Nazca Desert in Peru is home to an arid plateau that stretches on for over 50 miles, and it is covered in countless geometric patterns and figures known as the Nazca Lines. The patterns include clear images of fish, monkeys, spiders, and even humanoids - all of which are only visible from the air. The shapes also include dozens of long, straight lines. These designs are clearly man-made and are only recognizable from high-above, most likely to signal extraterrestrials.

The Nazca Lines Were A Man-Made Ancient Alien Runway

What They Said: The Nazca Lines were a man-made ancient alien runway.
Why It Makes Sense: Nazca, Peru has been heavily researched because of its compelling man-made landscapes. Images of the desert clearly show long, flat stripes that stretch on for miles across mountains and valleys - resembling an airport landing strip. How could a primitive civilization have altered the landscape so drastically, and why? This question remains unanswered to this day, and is part of the reason why the Nazca Lines are such a renowned mystery. 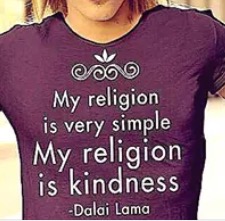